It is possible via various ESP (extra sensory perception) abilities such as Telepathy to track animals and people who have disappeared or been kidnapped. As well as finding items that have been lost.
Buy introduction video

The only thing I need for tracking is a picture, a date and an address from which the animal or human has disappeared.

Information for those particularly curious about knowledge and insight into the term ESP .:

ESP (extra sensory perception) covers several concepts and having developed and especially consciously activated ESP and even higher ESP, one can develop the ability to be able to find lost living organisms, humans, animals and objects.

It is primarily most natural and most effective to use a combination of instinctive telepathy, mental telepathy and higher clairvoyance and possibly a higher sense of clarity in tracing living organisms.

The reason for using instinctive telepathy via the instinctive nervous system in the solar plexus is that it is via this nerve center that we directly connect with the animal nerve center in the solar plexus. Animals have primarily developed instinctive telepathy, not mental telepathy. Animals and people who are in fear and anxiety react at different levels and poses (eg puffing themselves up / acting aggressive), also primarily sending impressions from this area. If you are more practiced in the higher part of ESP, it will be expedient to connect the above-mentioned abilities with (or without) will-controlled consciousness, depending on your most repeated and thus most highly trained ESP abilities.

For objects, higher clairvoyance is the fastest and most energy and time-saving. However, if you are particularly developed in other ESP disciplines, it can be an advantage to include some of them.

If the doors of perception were cleansed, everything would appear to man as it is, Infinite.

It is also possible to go into the non-dual state, called Dzogchen (great perfection), if you as a human being are very disciplined in states of consciousness and have achieved, with great will and moderation, this supreme, perfect, blissful state where you can travel in spacious time rather than in no time. Thus, you can travel quite physically, as opposed to in subtle, substantially structural ways… in other words, in particle-wavelength states of energy.

Here you can go forward in time and see what will happen and what is predetermined.

I have used ESP tracking as a consultant for police and military in Denmark and internationally to track people who have gone missing or been kidnapped. In addition, it has been used to find criminals and special crime scenes.

In the military, remote viewing has been used for many years, especially in the United States and Russia, as a type of ESP tracking. You can read more about remote viewing in this article… 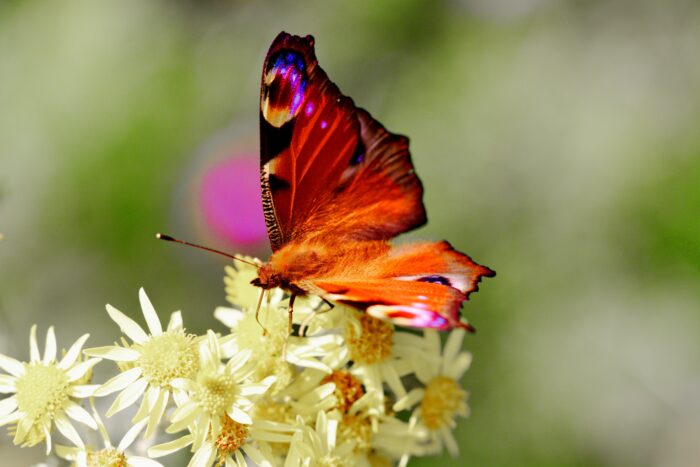 You yourself, as much as anybody in the entire universe, deserve your love and affection.